Great news! My Lords of London box set, books 1-3 are on sale! This box set normally retails for $7.99, but today you can grab a copy for only 99c! Be quick as this offer is not going to last! Happy New Year and Happy Reading!! 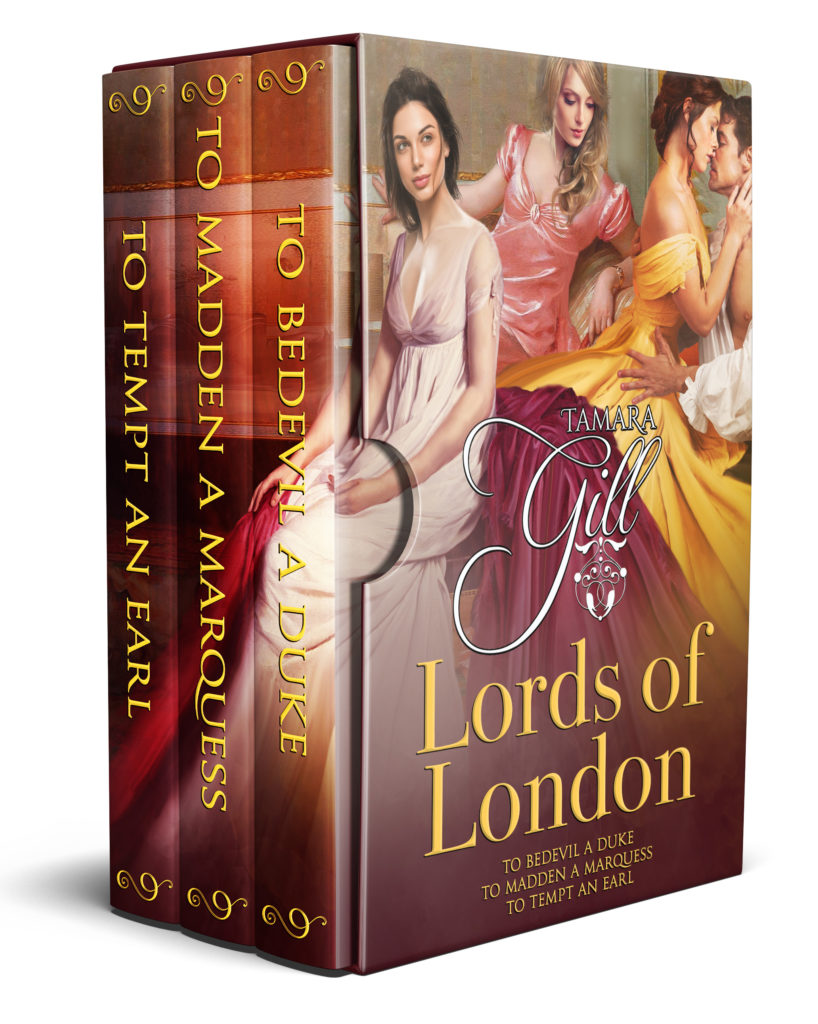 To Bedevil a Duke

To Madden a Marquess

To Tempt an Earl

Hamish Doherty, Earl Leighton is having a terrible Season.

A portion of his home burned to the ground, he was attacked outside a gaming hell, and a debutante he cannot stomach is determined they’ll wed. It’s enough to make any lord head for the hills, but his luck turns worse in the country. A large unpaid bill at an inn and a missing purse later, he’s ready to concede defeat to the fickle Fates – until rescue unexpectedly comes from an intoxicatingly beautiful stranger.