If you love your wallflower’s not to wilt on the side of a London ballroom, you’ve come to the right place. For the first time since it’s release and before it’s unpublished, A WALLFLOWER’S GUIDE TO BECOMING A BRIDE is only 99c! This week only, Jan 17-23 you can grab this anthology for under a dollar! Three sensual, witty, and sigh-worthy happy-ever-afters featuring Wallflowers following a guide to seducing the heart of rakes and rogues of the ton! What’s not to love about that! 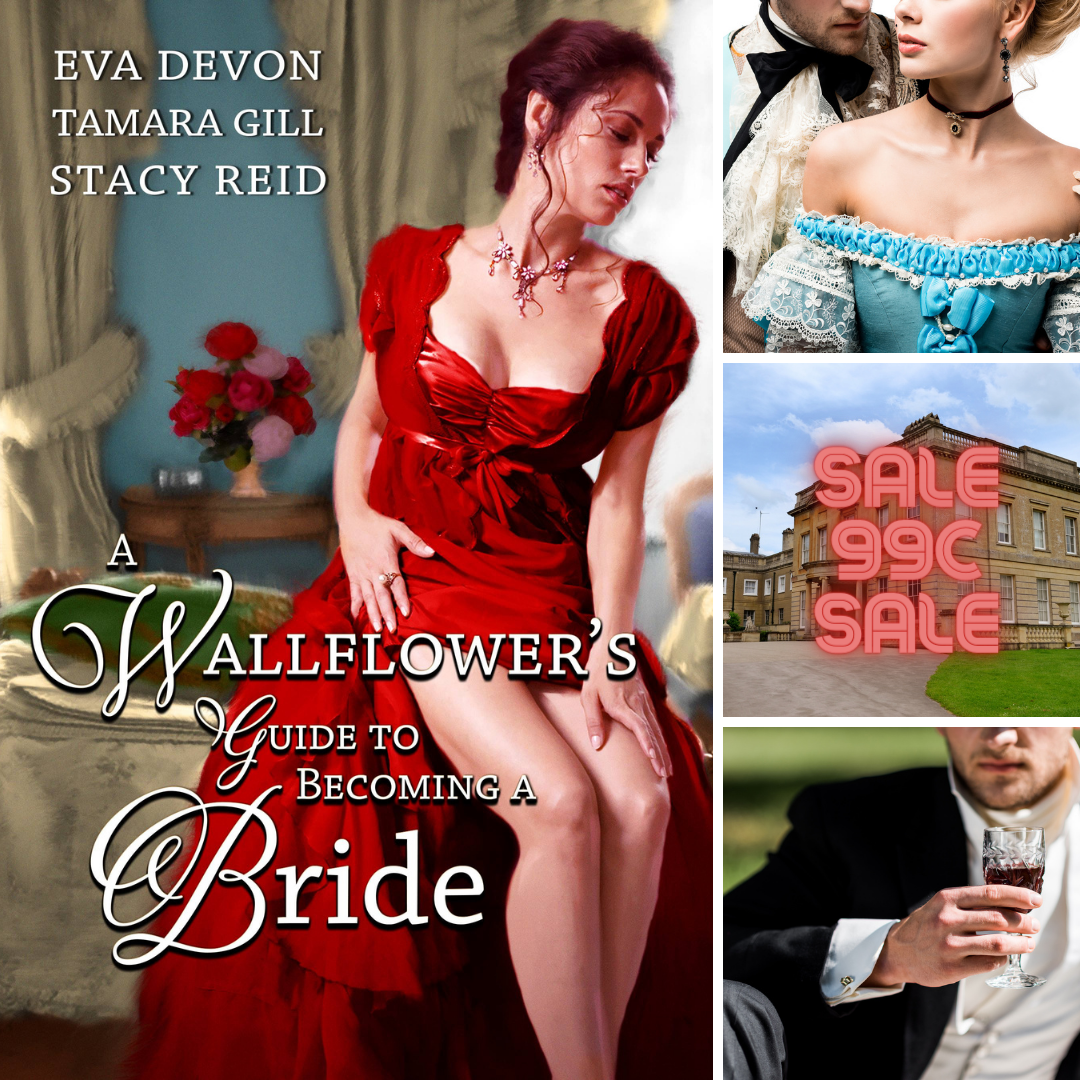 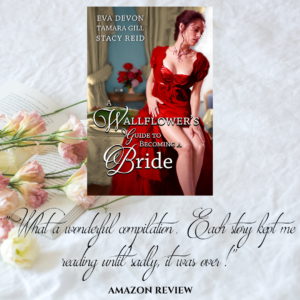 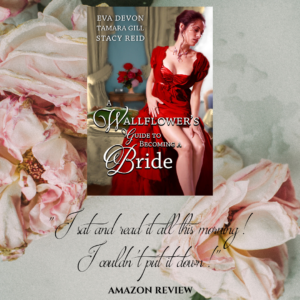 A Wallflower’s Kiss by Eva Devon

Lady Ophelia is the last of her sisters to be unmarried! She knows she has to find a husband, but she’s been on the shelf for three seasons. When she finds a mysterious guide in Hatchards she forms a plan!

It just so happens that her brother’s best friend is happy to help her practice the instructions in the guide. Until they’re caught of course! Can the guide lead to happy ever after, or will scandal ruin Lady Ophelia’s chances?

A Brazen Agreement by Tamara Gill

Miss Sutton Howard needs to marry, and soon, there are only so many years a lady can endure the title of Wallflower. After a disappointing first season and the many that followed, her sixth will be her last and most successful. The Wallflowers Guide will ensure her season ends well. All she needs to do is find a gentleman suitable to be her husband.

Logan Carleton, Earl Jersey, knows it’s time to find a wife, if only the one woman he had lost through no fault of his own several years ago, wasn’t still on the market and complicating his life in London. Their bickering is no use, and before they cause another scandal, they must work together to gain what they both desire, spouses, just not with each other.
But when two people are thrown together with an entwined history, complications arise, along with desires that may not be smothered a second time no matter how hard they try.

A Duke at Midnight by Stacy Reid

Miss Sarah Bellamy hopes to meet a gentleman at midnight, before she settles into the respectable and lonely life of a governess to two little girls. And her dreams come true. In the dark of the night, she is willingly seduced by a devastatingly handsome gentleman.

One night of bliss to discover he is not only a Duke but her future employer. A difficult adjustment to be so near and yet so far from the man of her dreams. She tries to suppress all hopes of more but finds herself inexorably drawn to the one man she knows she cannot have… 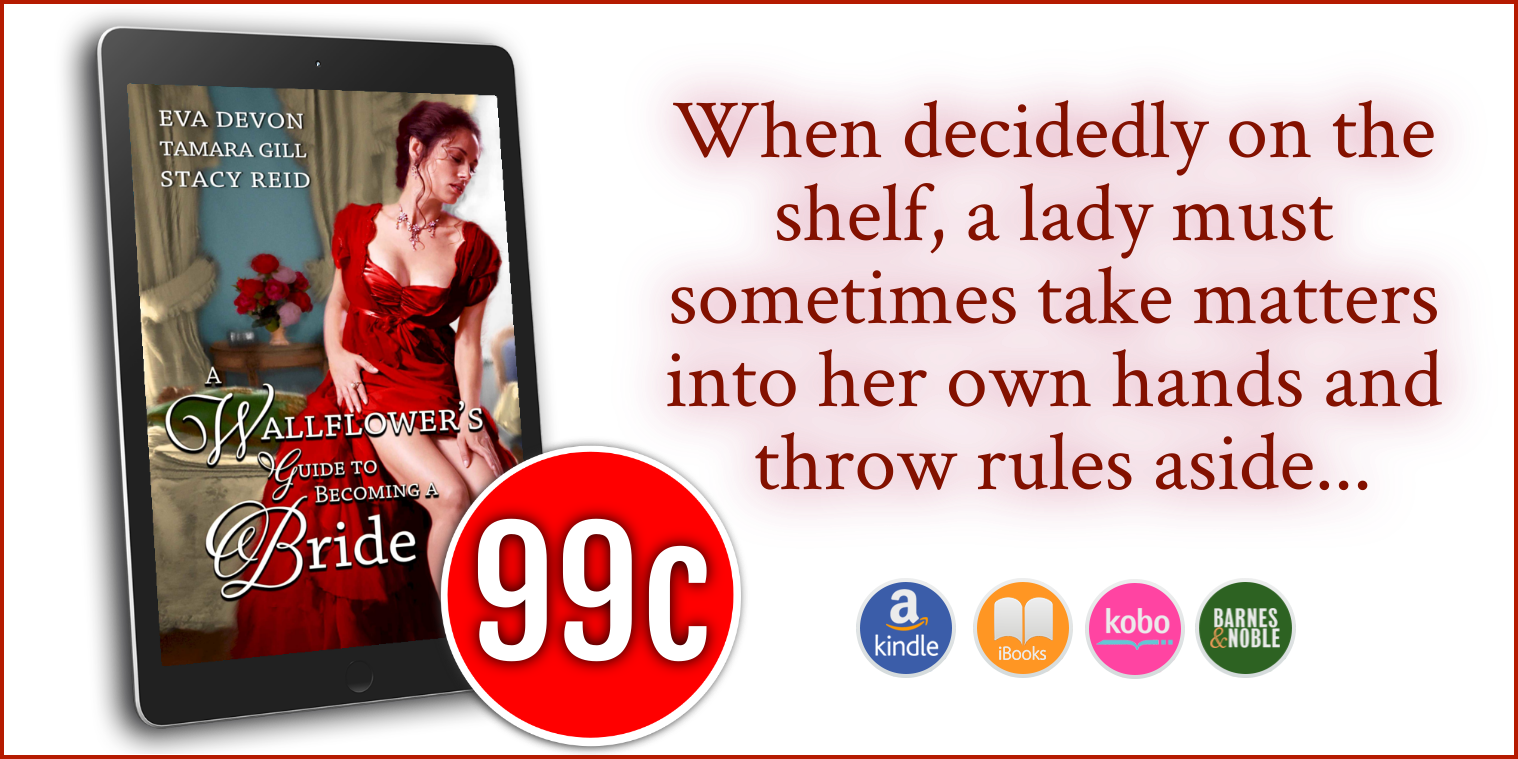